CCIA said, “Ninestar developed China’s first laser printer with independent core technology and rapidly realized its industrialization. It made China the fourth country to develop and manufacture laser printers only after the United States, Japan and South Korea. After nearly 20 years of development, the company has mastered the development technology of laser printer imaging, machinery, hardware, software, embedded software and core components. So far, Ninestar’s printer product layout covers A3, A4, mono, color, single-function, and multi-function. It has greatly promoted the development of China's printing industry.” 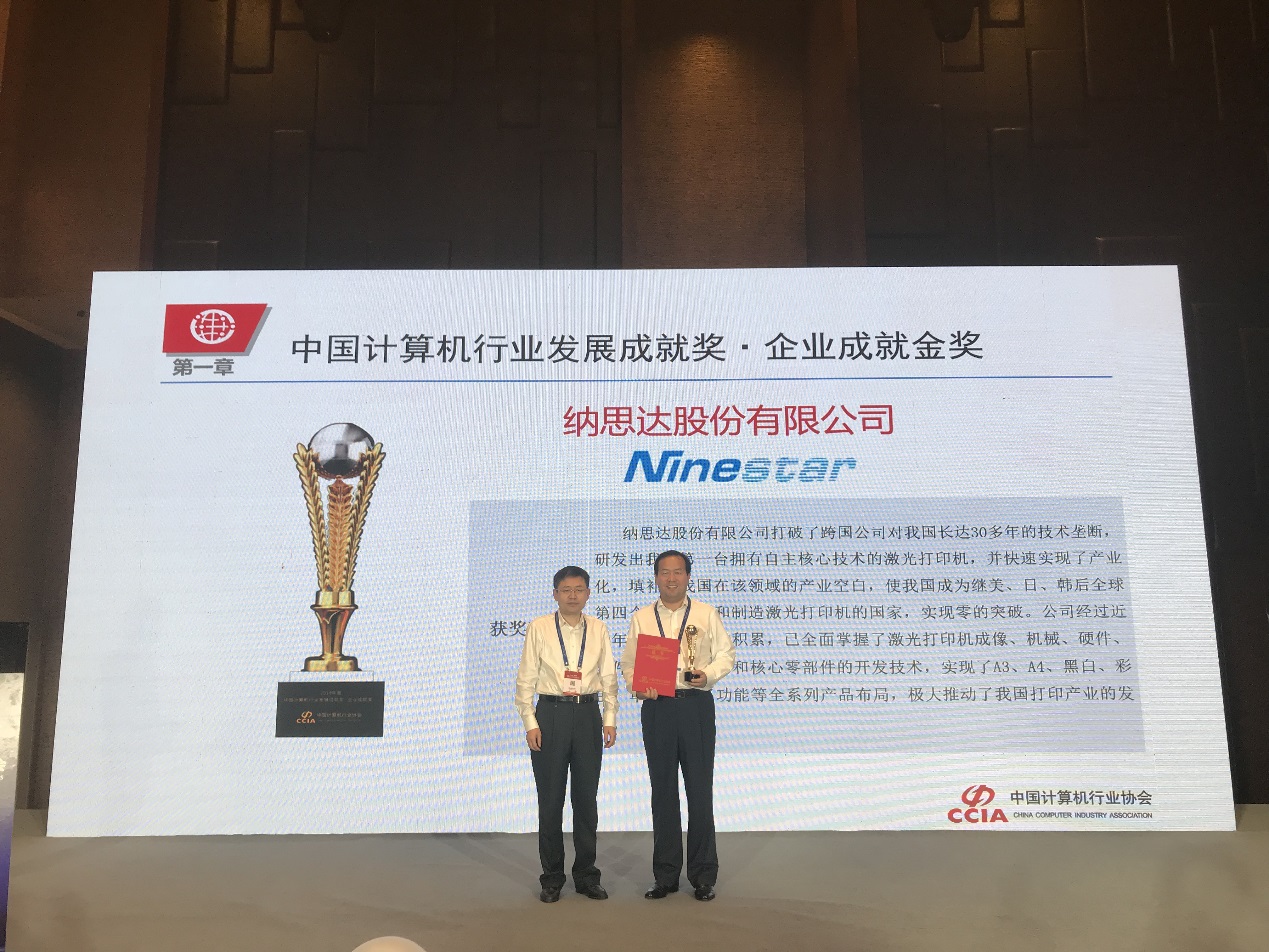 *Mr. Jackson Wang (right), the Chairman of Ninestar Corporation, received the awards on behalf of the company.

The Corporate Achievement Award was set in 2010 by CCIA to commend and reward advanced enterprises that have made innovative, outstanding contributions to industrial development. Ninestar is the only company in China winning the Gold Award from CCIA.

All brand names & trademarks are the properties of their respective holders and used for descriptive purpose only.2013-2019 Ninestar image Tech Limited All rights reserved.